All prices include shipping, for either United States or all other countries as the choices. Shipping occurs in three parcels, one is the 60" PVC tube, a 28" flat box for the Rings, and a 10x10x12 box for the remaining items.

The Ascension Pyramid brings the entire Soul’s Light into a Space of Neutrality. It is a field that transcends duality. Your Soul knows this space. It is healing beyond comprehension, as old creation patterns based on duality and suffering are shifted for your entire being.

May 2021 Update: The Ascension Pyramids all have access now, to the new Chalice Ring energy!!  That crystal clear, pure light that comes from within, but has remained mostly hidden since the beginning of time and creation, is now accessible through the Pyramids!!
If you already own any of the Ascension Pyramids, the energetic updates happened automatically!!
More on the Chalice Ring energy within the Bangles or Pendants pages.

August 2021 Update: We are now using the Alchemist Home Set in place of the Harmonic Creation Field Trio!   All new Pyramid purchases will include the updated set of Rings!  If you choose to add the Alchemist Rings to your existing Pyramid, the original Trio can be used elsewhere around the house or office!

We recently discovered a space beyond duality.  It has been one of the most powerfully transformative spaces we have ever been.  We simply call it the Space of Neutrality.  It is a high space, beyond frequency and vibration, that brings such comfort and ease.  It shifts the physical body, as well as the emotional and mental.  And of course, it is a soul-level experience which guides it all.

Through our own journey work of transformation and clearing, we have discovered ways to connect more fully with our Soul, and to take ourselves into these higher spaces.  We then put this into the Ascension Pyramid for all to access.

It begins with becoming the Rainbow Torus of Light, which can be seen as a column of Light, which draws in all points of Light which you are…  these particles of Light are all aspects of your Soul’s Light.  Each speck, a piece of your Soul as it exists throughout all time and space.  These could be called Soul Aspects, seemingly autonomous aspects of our Soul, having their own existence…  just like the here and now you is simply one particle of your infinite light.

With this column of sparkly, rainbow light (you may see it different than this), You as the you here and now stand within this column.  The column is actually the center of a larger field around you, perhaps seen as a bubble, but it is a torus.  A toroidal field that draws in your Soul’s Light from all of Creation, aligning with you here and now.

Once we have created this space, we move our attention to the Space of Neutrality.  This is a space beyond the mind.  It is a high space that shifts realities.  It shifts the physical body, as well as the mental and emotional.  Even though it is such a high vibrational space, all comes with comfort and ease to all parts of you.  It takes you out of thinking.  The physical pain body disappears. You become more than you in the here and now, as it shifts your here and now.  It is all very individual, this space, as what happens here is determined by the Soul.

The Space of Neutrality is then brought into the space from earlier, which holds all that you are, shifting every aspect of You.  It is healing beyond comprehension, as old creation patterns are shifted.  Creation patterns based on duality and suffering, of light and dark, of positive and negative… transcending the entire concept of Duality, within this Space of Neutrality.  Your Soul knows this space.  It comes from here.

There is a process of going to the Quantum Mind to get to this Space of Neutrality, which we have simply held that space within the field of the Ascension Pyramid.  Once you have experienced this space, you can go back at any time.  It is a field that can be brought into the physical body, and is also a space that you can use to hold others in the field for their higher transformations and transcendings.

The 60 degree copper pyramid is cut to sacred measurements used in the creation of the Golden Fire and Light Wands.  New earth technologies created at Twistedsage Studios includes the Regeneration Torus (aka Cosmic Sun Disc) to create the energetic vortex within the pyramid chamber.  The Gaia Sphere, made of the Regeneration Rings, helps with the physical grounding.  We then have a heavy-gauged Harmonic Creation Field Trio, from the medium-sized Practitioner set, to create that higher field in which our soul’s light comes in more fully than ever before.  The Practitioner’s Rings sits near head level, assisting with the opening of the pineal even further, to allow those higher torsion fields more fully into the physical body.  The Wings of Tok is another Tensor Tool for creating and holding a high-frequency heart-based energy field.  On top, we have the new Alchemist Set of Rings to hold an even higher space of transformation!.

In August of 2019, we anchored in the very first Ascension Pyramid Chamber.  This original 10-foot tall steel and copper structure is permanently housed in Twistedsage Studios along with the other three varieties of Ascension Chambers.  The newest Ascension Pyramids are a newer energy construction, holding the newly discovered Field of Neutrality.

• 1/2" Copper Poles and connectors to create all three pyramid sizes including the mini Ascension Pyramid and the Sits Pyramid.

All prices include shipping, for either United States or all other countries as the choices.  Shipping occurs in three parcels, one is the 60" PVC tube, a 28" flat box for the Rings, and a 10x10x12 box for the remaining items.

Below is a little more of the channeled information on the pyramid, as channeled by Brenda Schnose and The Elders Three.  The information is simply my limited transcriptions of questions answered.  The full write-up is still coming on this pyramid, which was just anchored in on the 10th of January, 2020.

• Clearing, brings in light, steps all soul aspects higher.
• Shifts all aspects out of duality reality.
• With the space of neutrality, we step in and releasing traumas dramas and junk.  Which have to, to raise vibrations.
• Surrender being able to step in knowing your soul doing the work, whatever that work is for each person
• Can’t step in with intent, or will no longer be in neutrality.   The Soul already knows what the intent is… Focusing on what intent is from your perspective will collapse the field.
• Pure, infinite light
• Space of neutrality is everything that we are and everything that will be.
• Extremely high vibe, but in comfort.
• Comes through body as well your reality.
• No thought no feelings just there
• Being there, holding that space
• Can hold someone in there with you holding person in neutrality and simply allowing
• After finding space of neutrality bring it into body again, hold it here for as long as feel.
• Everything and nothing.

Brenda and I have been using this field of Neutrality for about a month now, and it has created the most tangible shifts in my being that I have ever had.  It has cleared up issues I have had with soul aspects, and has created tangible changes in my daily being.  I have been more happy and content and less anxiety and stress, clearing aches and pains and any emotional reactions due to releasing work, as they present, and with quickness and ease.  Truly one of the most powerful fields we have ever played in, and has shifted all soul aspects as well.  Again, very tangible shifts have occurred while playing with this new field.  And it is transcending us out of the Duality Matrix to where the old world is simply fading from our reality.

And here are some beneficial ways you can "be" with the pyramid....

Be sure to check out the tabletop version, the mini Ascension Pyramid!

The Sits Pyramid is our medium sized, more economical, version of the full-sized Ascension Pyramid.

NOTE: The physical pyramid has been updated since this video... we no longer use cables on the feet, and have updated the holding bracket for the Torus.

The moment you step into the Ascension Pyramid & enter your heart space.. My SOUL feels a connection to everything I have been, everything I am, & everything I can/will be. There is a feeling of release that has been felt like a movie reel of life experiences that are no longer serving us for our highest and greatest good. Dense, lower vibrations, past life experiences, trauma , unhealthy beliefs, sub-conscious/conscious programs, pain, attachments, soul contracts, cords, viruses and anything that does not serve you physically, mentally, emotionally & throughout all space time and dimensions. This experience of being cleaned, cleared, and elevated beyond our regular current reality duality matrix is just DiViNE!!! Heart Space SOUL realization becoming more UNLiMiTED in all aspects/dimensions the iNFiNiTE Quantum MiND connection to all of CREATiON. Stepping into YOUR power living in the present & the greatest and highest potential of YOU just by living in your Sacred Seat of The Heart. ♥️♾☀️🕸 Blessed beyond words thank you @TwistedSageTeam for creating these amazing HEART, life changing tools in the physical. Helping people everyday step into there SOUL, Becoming better in Everyway everyday. Living the dream, Embracing the CHAOS, Transmuting the nightmares into paradise. ♥️ iNFiNiTE love and light from Denver, Colorado, Anyone is welcome to visit us @SOULiNSPiRATiON 😍 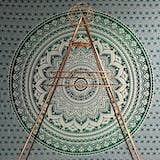 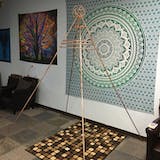 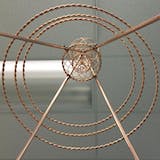 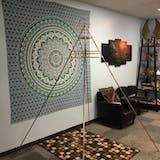